How monitoring and protection 24/7 could have saved the Garmin reputation? - datami

How monitoring and protection 24/7 could have saved the Garmin reputation?

In the modern world, ransomware attacks have become commonplace. Criminal organizations with the aim of running their cyber operations on a pretty big scale, choose big corporations, and do their best to stay invisible.

One of the largest cyberattacks in the world

Over the past few months, the Internet has been filled with a lot of news about a massive cyberattack on Garmin, a company mostly known for its GPS navigation devices. For several days the company could not function normally – the site did not work, production was stopped, people could not contact support centers, some flyGarmin services were also disabled. 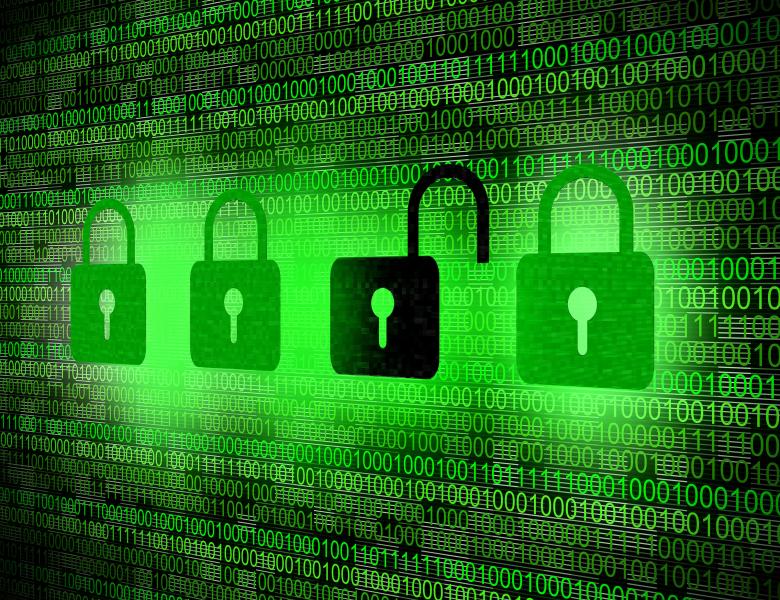 Garmin was attacked by the hackers which deployed the ransomware tool called WastedLocker. WastedLocker is a tool developed by Russians connected to the group of hackers called Evil Corp. This ransomware encrypts information and programs in the company’s digital infrastructure, but does not steal them for ransom. So, the attackers do not ask for money in exchange for information, but in exchange for a decryption key. In Garmin’s case, the key cost $10 million.

What about users? Has the data integrity been compromised?

Analysts, who conducted the WastedLocker research, claim that no data export occurred during the attack. This means that Garmin user data was not compromised.

“We have no indication that any customer data, including payment information from Garmin Pay, was accessed, lost or stolen. Additionally, the functionality of Garmin products was not affected, other than the ability to access online services. Affected systems are being restored, and we expect to return to normal operation over the next few days.”, – Garmin said in a statement.

Oddly enough, Garmin did not inform users about the attack, how it dealt with it and how the company plans to prevent such attacks in the future. 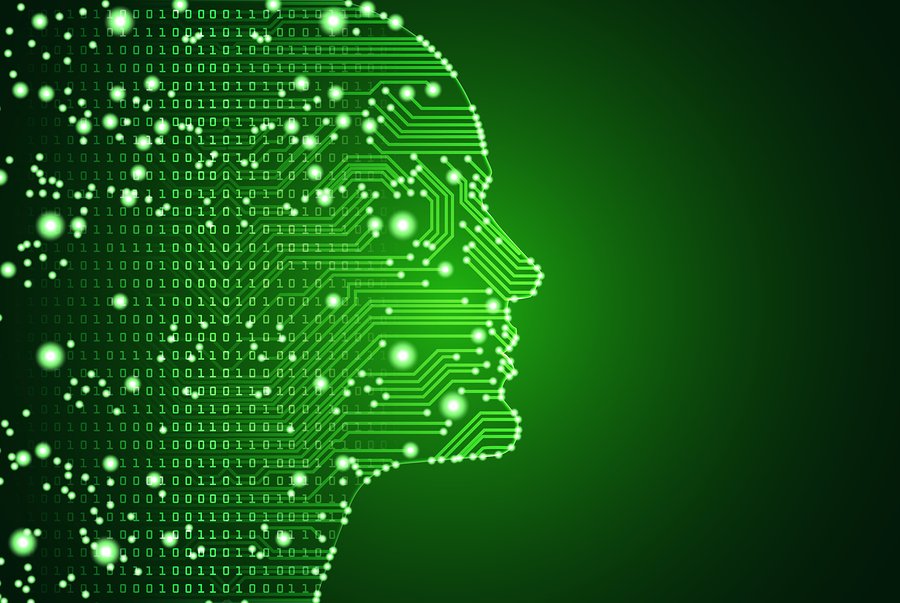 So, the global policy on fighting cyberattacks is now not very transparent. However, it is the transparency of such actions that is extremely important to preserve the reputation of companies that fight cybercriminals. As a result, Garmin not only suffered at the hands of hackers, paying an incredible amount of ransom, but also lost the trust of users and reputation in the world of technology, choosing a policy of hiding reality.

What actions can be taken to improve a company’s cybersecurity?

Steps should be taken to prevent ransomware from entering corporate systems. For cybersecurity, it is worth using the round-the-clock monitoring and protection service provided by specialists in this field, for example, the Datami.ua company. 24/7 monitoring includes:

– Installation of an intelligent security system on the site to protect your business from intruders.

All you need to do is apply for monitoring. Immediately after creating a profile, the site will be under round-the-clock security monitoring and protection from external threats. At the same time, the performance of the site will increase.

How does 24/7 monitoring and protection work? 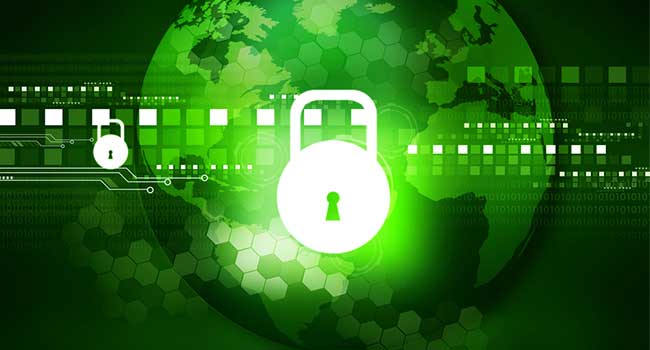 Datami uses the world’s leading CloudFlare technology. When developing testing tools, we use standard OWASP TOP 10, SANS TOP 25 and commercial monitoring tools: Burp Suite Pro, Acunetix, Nexpose. Cloudflare’s capitalization in the latest round of venture funding is estimated at $3.2 billion. According to S-1, Cloudflare’s network covers 193 data centers in more than 90 countries and connects to more than 8000 networks around the world, including major Internet providers, public clouds providers, SaaS services and enterprises. Cloudflare has more than 20 million websites. According to Cloudflare, it provides response times of less than 100 milliseconds for 98% of Internet users in developed countries, and for 93% of users worldwide. (For understanding: eye blinking takes 300-400 milliseconds). Cloudflare receives three billion bot requests every day.

To protect businesses on the Internet, Datami specialists work according to the following algorithm:

1. Receiving a request and providing a free consultation.

2. Discussing and agreeing on a diagnostic and auditing plan according to individual need.

3. Signing a service contract and NDA.

4. Receiving payment and the necessary access in accordance with the selected format of work Black, White, GrayBox.

5. Carrying out work within 4-5 business days.

6. Providing a detailed report and recommendations for site security.

Returning to the cyberattack on Garmin, we can conclude that the company could have prevented such financial losses by using a 24/7 monitoring and protection service. After all, information and programs would be sufficiently protected for cyber defense, so specialists could react to an attack in time.

World organizations are affected by cyberattacks on a daily basis. In 2017, the global economy lost $600 billion due to digital crime and cyberattacks. Those digital wrongdoings affect organizations’ funds, reputations, staff, company’s operations, etc. The average amount of ransom which had to be paid in order to take control over the situation is around $100000.

In today’s world, cybercrime brings more profit to cybercriminals than any other type of crime, so it is predictable that digital attacks will continue to occur. To pay or not to pay a ransom depends on individual circumstances. Graham Cluley, an award-winning blogger, podcaster, and security speaker, highlights this point:

“It’s a decision that only you can ultimately make. Bear in mind that the more companies pay a ransom, the more the criminals are likely to launch similar attacks in the future. At the same time, you may feel that your business needs to make the difficult but pragmatic decision to pay the criminals if you feel your company cannot survive any other way.”

It is imperative to understand that a company can suffer not only from the short-term, but also from the long-term consequences of a cyberattack. Therefore, business owners must find ways to secure their online activities. And one of the best is to order monitoring and protection 24/7 in Datami. 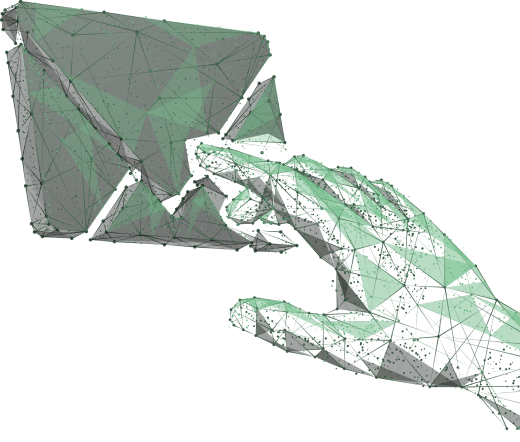 Leave a request, we will call you back 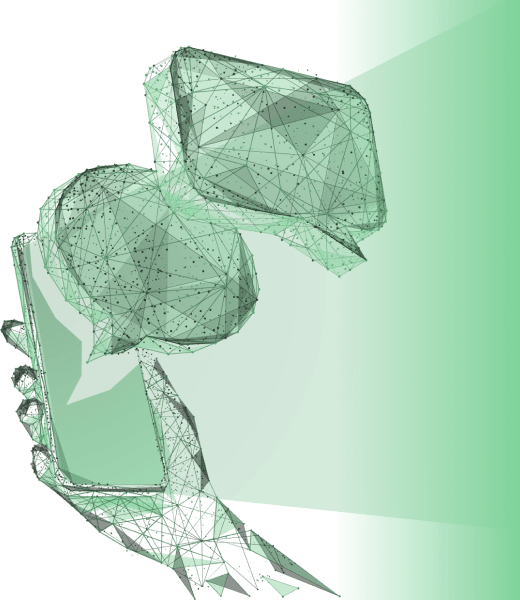 Leave a request, we will call you back

Privacy policy Privacy Policy Administration of the site undertakes to maintain your privacy on the Internet. We attach great importance to the protection of the data you provided. Our privacy policy is based on the requirements of the General Regulations for the Protection of Personal Data of the European Union (GDPR). We collect personal data in order to: improve the performance of our service, make contacts with visitors to this site, process user data for the online trading service, provide information that the user requested, as well as for the actions listed below. Collection and use of personal data We collect and use your personal data only in case of your voluntary consent. If you agree to this, you authorize us to collect and use the following data: name and surname, e-mail, telephone number. The collection and processing of your data is carried out in accordance with the laws in force in the territory of the European Union and in Ukraine. Data storage, modification and deletion The user who submitted personal data to the site has the right to modify and delete them, as well as to revoke their consent with their use. Your personal data will be stored for the time required to use the data for the main activity of the site, when you finish using your data, the site administration deletes it. To access your personal data, you can contact the site administration. We may transfer your personal data to a third party only with your voluntary consent, if they have been transferred, we will not be able to change data in other organizations that are not associated with us. Use of technical data when visiting the site When you visit site, the database stores records about your IP address, visit time, browser settings, operating system, and other technical information necessary to correctly display the contents of the site. According to these data, it is impossible for us to identify the identity of the visitor. Providing information to children If you are a parent or guardian, and you know that your children have provided us with their personal data without your consent, contact us. Our service is prohibited to leave the personal data of minors without the consent of the parents or guardians. Use of personal data by other services This site uses third-party Internet services that collect information independently from us: Google Analytics. The data collected by them can be provided to other services within these organizations, they can use the data to personalize the advertising of their own advertising network. You can read the user agreements of these organizations on their sites. You can also refuse to collect personal data there, for example, the Google Analytics blocker is here. We do not share personal data with other organizations and services not listed in this privacy policy. The only exception is the transfer of information under the legal requirements of state bodies authorized to carry out these actions.

We use cookies
On this page you will learn what cookies are and how and when we use them. Definition of the term Cookies Cookies are pieces of data that a web server generates and that a website stores on your user device (computer, smartphone, tablet, etc.). Each website or third-party service sends cookies to the browser installed on your device only if your browser allows it. This is possible if you have not set any restrictions in your browser settings to save cookies. Browsers are a very well thought out technology. They protect personal data and allow websites to access only cookies that were previously sent to them. Cookies are divided into: session cookies. They are stored in the memory of the browser only during your session, after leaving the site immediately removed. permanent. They are stored in the memory of the browser for a long time. Definition of the term “browser” A browser is an application for browsing websites. The most popular browsers are Chrome, Internet Explorer, Firefox and Safari. All listed browsers are safe. In the settings of these browsers, cookies can be easily disabled, as well as change the settings of their work. You can: accept all cookies; ask the browser to notify when cookies are used; do not accept cookies. Cookies on ak1-3.com.ua and how we use them We use cookies to: our site is more functional; to understand how you navigate on the site, what content you consume better, to develop the content strategy of the site; understand how many visits to the site were per day, month, year. Analyze the geographical identity of users of the site, the number of repeated visits and other data. Cookies that we use on our site. Third-party cookies. The buttons of social networks, videos and some other services of our site are the property of other companies. These companies may also use cookies on your device if you have used them on our site or have been previously registered with them. The privacy policy of the use of personal data by these services can be found on the websites of these services. Blocking cookies All browsers allow simple actions to disable cookies. To disable them, you must go to your browser settings and find cookies in them. But we must remember that blocking cookies can have a negative impact on the performance of many websites. How to delete files You can also always delete cookies that are stored on your computer. To do this, follow the instructions of your browser Again, deleting cookies can have a negative effect on the performance of many websites.